The phrase, “Where’s my John?” can conjure up a lot of images. Or maybe only one for those who are less imaginative. So why is the word John – the elusive male – paired with the word “Long” and slapped on as the proper name of an elongated, cream filled donut? I don’t know. What I do know is there are two kinds of Long Johns – the dirty eclair-ish kind that tastes like rubber dough with some kind of whipped cream-custard filling-trash – and then there’s the delicious kind that has frosting and a sugary cream frosting filling. Lucky for me, H & K Do-Nut Shop in Erie, PA has the delicious kind with the aptly named angel cream filling. Thank you, angels.

When I purchased the Long John from H & K’s I was rolling the dice on if this is a good or bad John. I was pleasantly surprised that this donut was the John of my dreams and not the John that lurks on Craiglist trying to find the “girlfriend experience.” The chocolate frosting was most enjoyable with a freshness and texture every chocolate frosted donut should possess. The dough was soft and light. Finally, that angel cream….it was sweet and without sugar grains gritting in my teeth. But, like most Johns, he was lying right to my face. He wasn’t long. 😦 He was short and not much girth to boot. And he wasn’t cream filled, he was cream 3/4-filled. When you name yourself Long John, better have the goods to back it up. Maybe he should change his username to Sweet Angel Cream John.

What they want to highlight: Good old-fashioned donuts

What I thought was the highlight: Realizing the phrase “angel cream” means it is something that I typically like and have not been let down by – yet.

Would I buy it again?: Maybe when I feel like buying 2 for the size of 1?

What could make it better?: If it was actually long! Size matters…especially when that’s how you’re selling yourself. 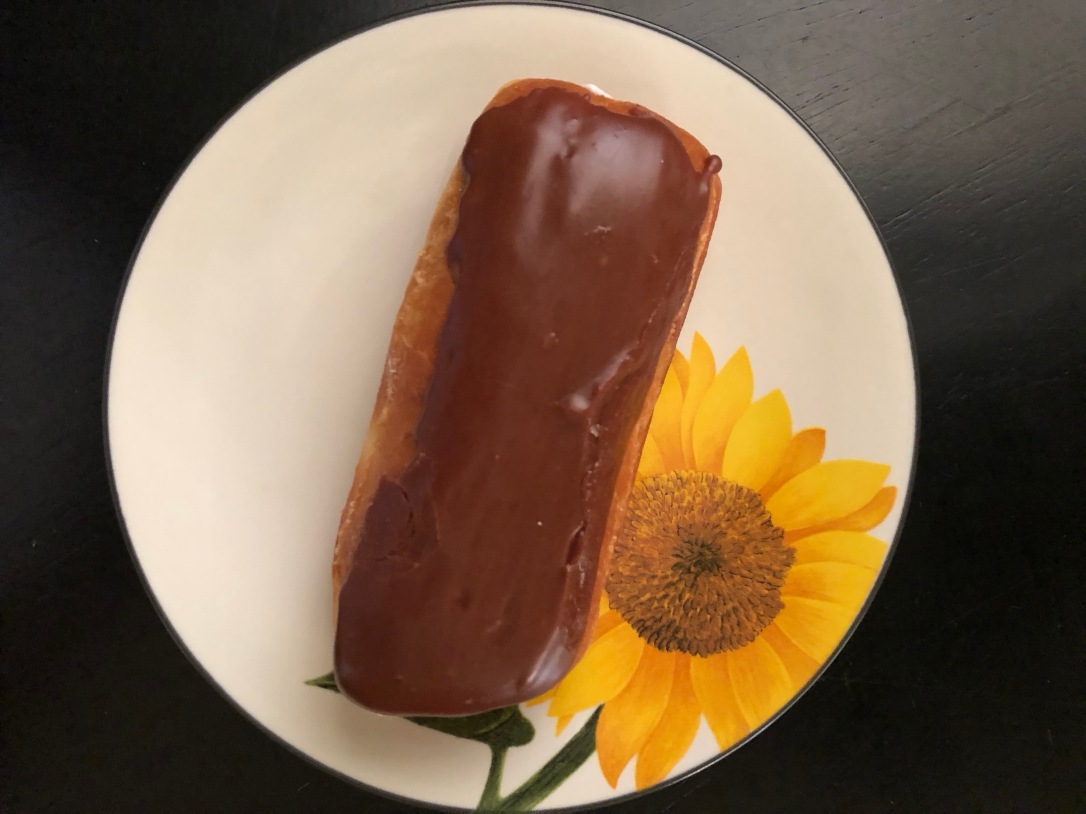 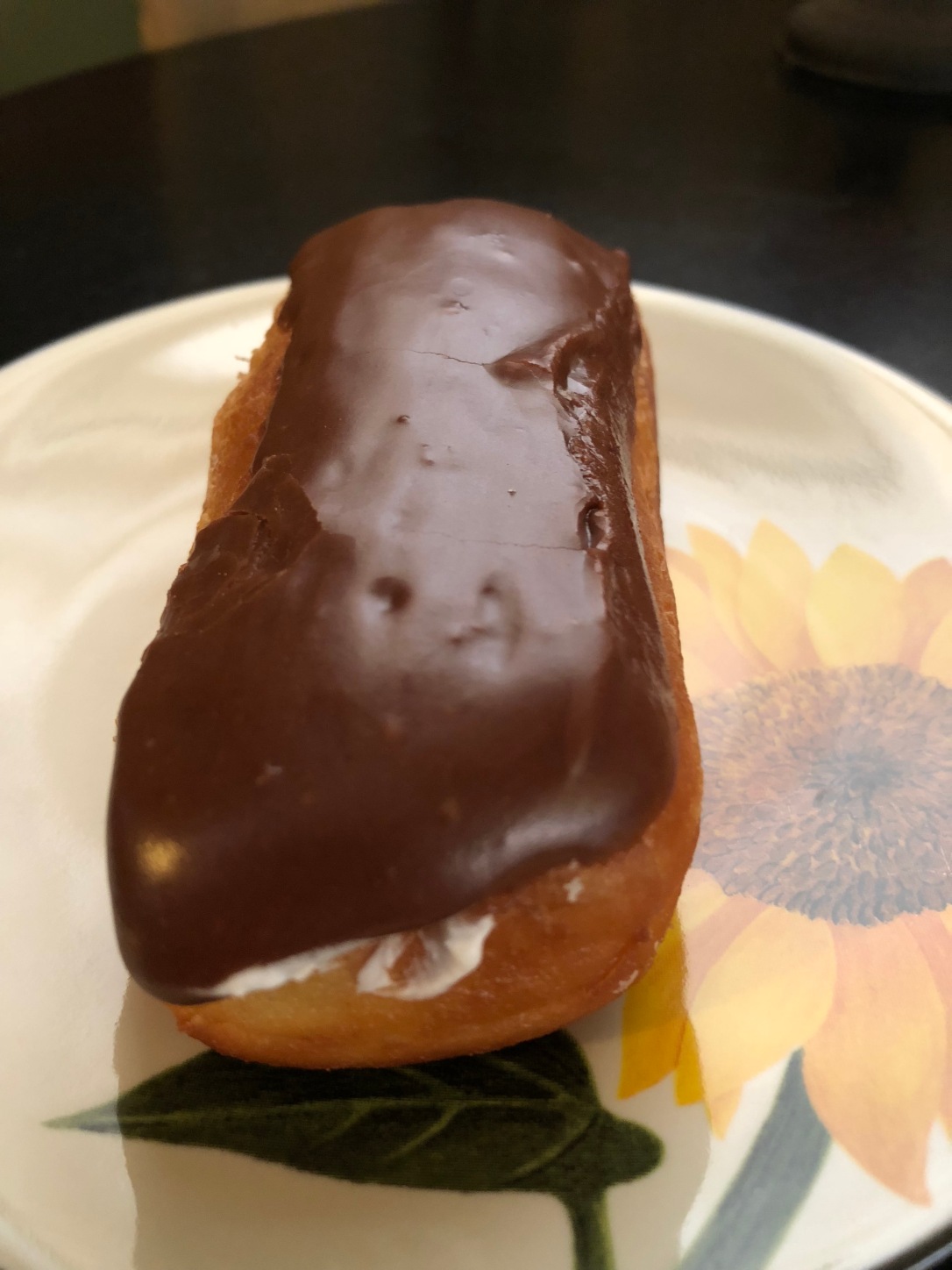 Do you think a short Long John can still be called a Long John? Is your only Long John experience with the same-named, inedible product of underwear? Does anyone know where this name for a donut originated? Leave your comment BELOW. LIKE THIS POST if you like it OR if you hate it 🙂

I love donuts and my husband Dave the dietician. The three Ds don't mix so I made a B for blog. A blog about the D - Donuts that is. Donut reviews to be specific. Subscribe and read it for breakfast. View all posts by mariesdonutdiaries