I had some unexpected, very limited edition donuts this afternoon at the 25th Annual Zabawa Polish Heritage Festival. For pretty much the first time in a month I decided to leave my house for a social outing with my husband ❤ ❤ ❤ following the lure of handmade pierogis. We navigated to the east side for the weekend festival and stood in lines and blah blah, ate the pierogis, and saw only people I liked so overall it was a success. Since my pregnant body only lets me out of the house for an hour or so, we were in and out and stopped to get pie before exiting the festival. But it wasn’t pie time – there were donuts! Paczki Polish Doughnuts to be specific. We got eight more food tickets and I was then the proud owner of three of these powdered sugar concoctions.

The Holy Trinity Roman Catholic Church where the 25th Annual Zabawa Festival is being held in Erie, PA

I was already in festival/fair/amusement park mode just from the energy of the crowd – some rude people, some drunk people, families, and so on – and then add the food and I was ready for Paczki Polish Doughnuts to finish off the day. They are basically (or essentially…I guess exactly?) fried dough covered with powdered sugar. What set them apart from regular funnel cakes and fried food fare was the denseness of the dough. They were similar to NOLA style beignet thickness, but were soft and not crunchy. I also enjoyed that there was minimal grease residue that often can ruin a funnel cake. To top it off they were served hot, which enhances many donuts and I believe is the case here as well. Overall these donuts were sweet, doughy, fried to perfection, and a good once a year treat. Try them yourself at the festival tonight until 10PM or tomorrow from noon to 6PM or forever hold your peace (or piece I guess) until next year (which is probably the only time most Erie area residents traverse to this neighborhood).

What they want to highlight: Raising money for Holy Trinity Parish while showcasing Polish heritage

What I thought was the highlight: Foood food and more fooooood

Would I buy it again?: Honestly, probably not. It was good for fried dough but the Cherry Pie looked super good that was selling alongside the donuts.

What could make it better?: Really nothing that seems feasible…maybe adding an amazing filling or a dipping sauce? But would that be traditional? Is this donut even traditional now? I guess I didn’t learn a lot about being Polish. 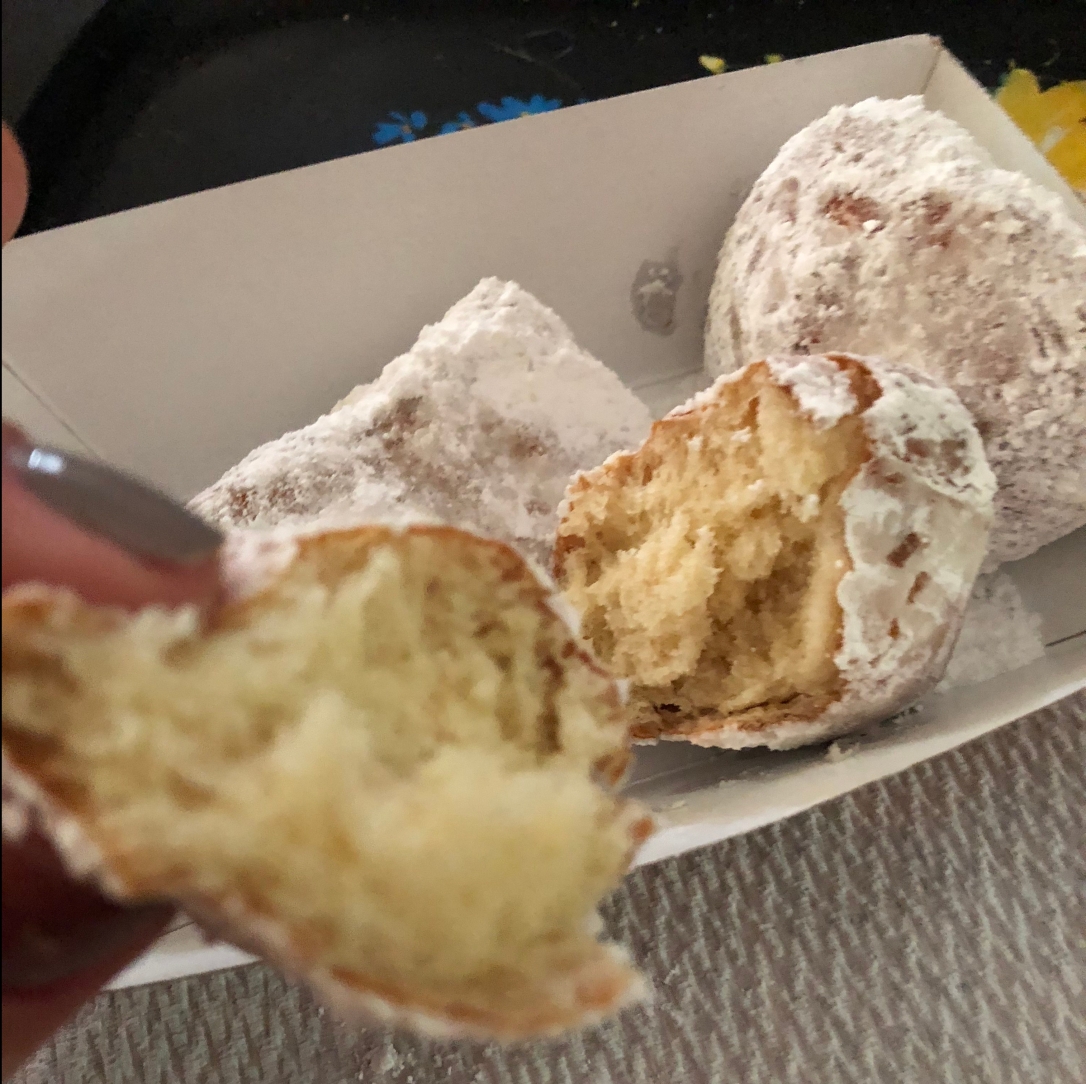 For fair-fried dough it was top notch. For a donut…it was a sweet dough with sugar so I’ll eat it.

Leave a comment about your love for fried dough or being Polish or festivals or really anything you want to talk about 🙂 Please and thanks.